May 31, 2011
I was playing around with a different contouring shape on my eyes after watching an old haul possibly? from JuicyTuesday and I liked the contouring she'd done with her eyes.  I started with the Too Faced Romantic Eye palette, used the shimmery peachy white on lids then started shaping with the light matte gray and went in heavier with the dark matte gray.  Then I recalled someone else giving a tip about contouring the small area between socket and bridge of nose, and it just went a little haywire from there.  I brought it down my nose, then thought hey let's do cheeks too!  And penciled in eyebrows with the gray eyeliner.  Oh my.

So I thought I'd share my half zombie-half robot creation with you all! 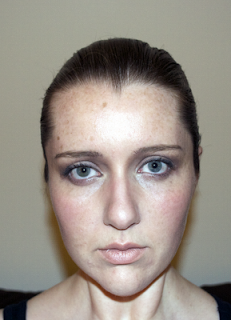 You might notice the (appears left) side of my face is a bit lumpy/puffy.  Turns out I've been grinding my teeth at night for who knows how long and the jaw muscles on the one side are overdeveloped.  I did shade more heavily on that cheek, but there's only so much a robot can do!  I also tend to tilt to one side which makes it even more complicated. :) 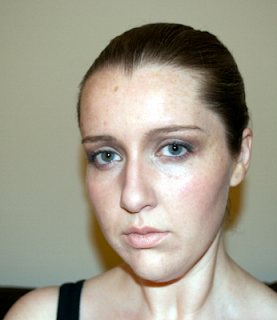 I used e.l.f. shimmering facial whip in spotlight to add highlight under my eyes, and on cheekbones. I used NYX Orange Soda on lips, blotted, put some of the Too Faced palette light matte yellow shadow over top, then smeared on some of the spotlight highlight when my lips were getting dried out. Used the MAKEUPFOREVER concealer palette and add a thick opaque concealing job under eyes/around nose/over chin. Not something I use day to day obviously, acne doesn't react well to it and it seems to aggravate oil production elsewhere as well. 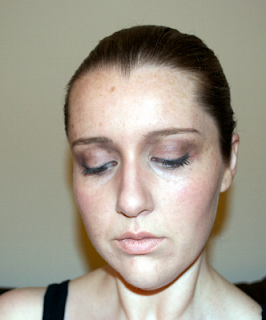 But at the end of the day, even robot zombies have feelings. 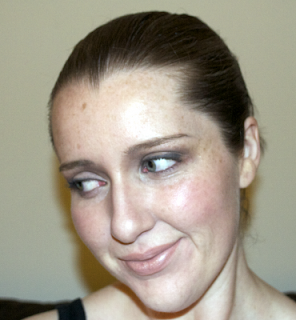 Maybe I'll wear this to work tomorrow.. what do you think?!
fotd silly