October 06, 2012
I, simply put, fell in love with this mascara in the first couple days. I happened to be doing videos and blogging while it happened, so evidence of my fawning is all over. It definitely was awesome straight away, which honestly made me a little nervous that it was going to turn into a dud after a week. It did go through a period where I had large clumps of mascara stuck on the brush, but now it's back more to less clumpy three weeks later.

I didn't know anything about it before buying, except that Heidi jalapena2007 mentioned it being like Mally Volumizing and Tarte Lights Camera Lashes. When I did a little looking around after buying and falling in love, apparently this is a semi-well-known hidden gem! It's very highly rated on Makeup Alley by a good chunk of people (rated 4.3 out of 271 people). I bought this at Walgreens for $3.99 and that's the only place I've seen Jordana in store. 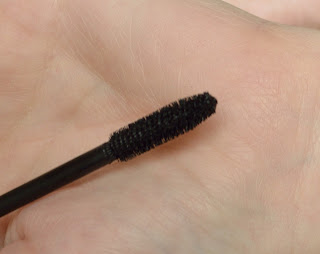 It's a traditional bristle brush, they are fairly densely packed together which I feel grabs onto my lashes well.

Yet again we get a similar look as most of my mascaras, but it's very easy for me to achieve my level of volume and coverage of my bare blonde lashes. I don't need to curl my lashes so I can't say much on the lift/curl/hold of the mascara (don't hate me, I have other battles like blonde eyebrows and acne ;)). 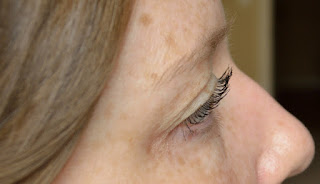 I do believe that it would appear slightly different had I swatched in the first week when I fell head over heels in love with the mascara, but not significantly. In the end, I would definitely repurchase, especially at the awesomely low price of $4!

Have you tried Jordana Best Lash Extreme? Had any luck with it? Love to heard from you! Thanks for stopping by, as always. :)
jordana mascara series products swatches