March 16, 2015
I could not resist this palette when I saw it on Nordstrom's site. Being a makeup person, I feel like MAC is a reference point and I only have one of these shadows, even if they aren't the end-all be-all, if you talk about MAC's Satin Taupe, people know what that looks like. This is a collection of 15 of their best selling shades, so you've likely heard of most of them - if not already own a good chunk. 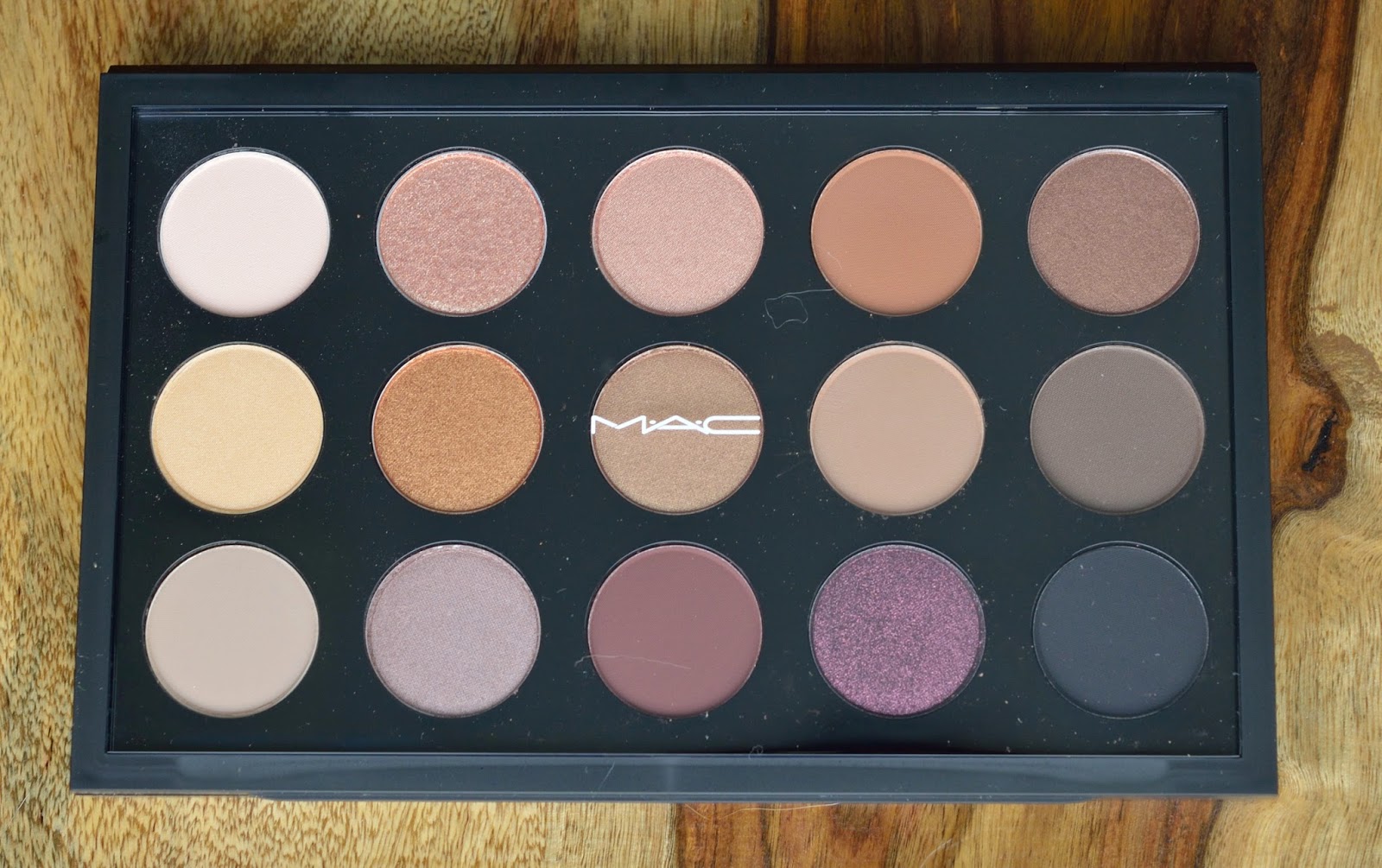 It's $85 and limited edition, I didn't want to wait for swatches in case it sold out quickly - just crossed my fingers that the quality would be up to at the regular permanent shadows. It's available to buy from Nordstrom here. 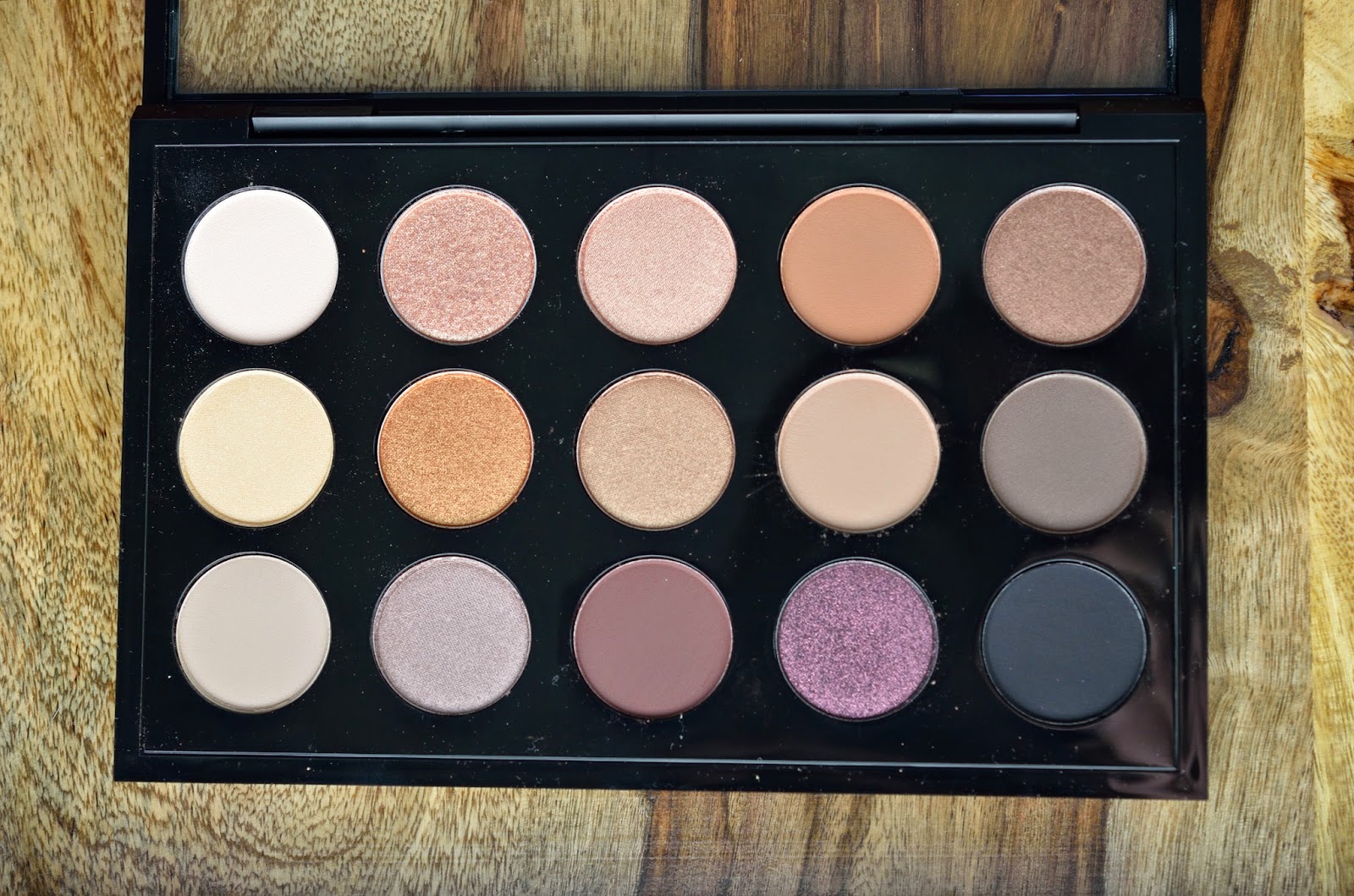 I know some of these aren't people's favorite, things like Honey Lust is pretty chunky glitter (and my understanding is there's been two versions, I recall Christine at Temptalia having a swatch that looks more like mine, not much base color and lots of sparkles) and Carbon is often complained about being a lousy black. I can deal with softly pigmented blacks myself, if the texture is good. 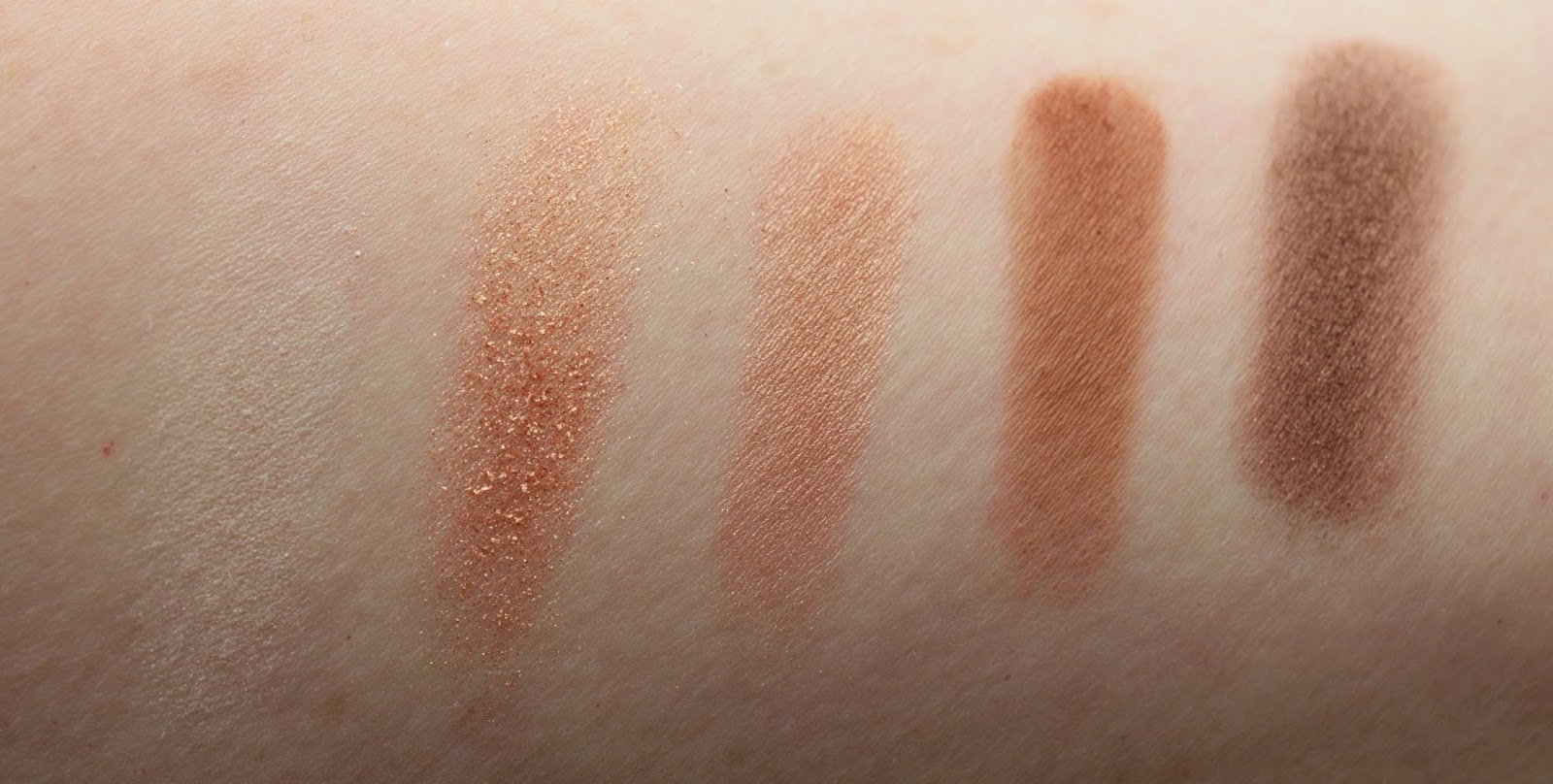 Initial swatches without primer and using my fingers. I tried to build up color to be mostly opaque. The first row was a little trickier.

Then I wanted to give them another shot, so I took another set of pictures using the LORAC Behind the Scenes eye primer (one of my favorites) and used brushes to swatch it. I have updated these pictures with new swatches to be a little less cramped and creeping up my wrist. I am not completely certain on the shadow names, but mostly certain. I used Temptalia's site to check the ones I wasn't sure on.


I moved around a little before taking this picture so some of the glitter flew off from Honey Lust.


This row swatched really well overall over the primer.

Carbon definitely worked better over the primer, it swatched more easily than what I think is Brun up there in the second row, last shadow.

Overall, after swatching these about four times, the mattes just aren't very pigmented. But when you're using them as crease or transition colors, it is sometimes easier to have a little less pigment.

There are some fairly powdery shadows as you'll see with how the palette looked after swatching. 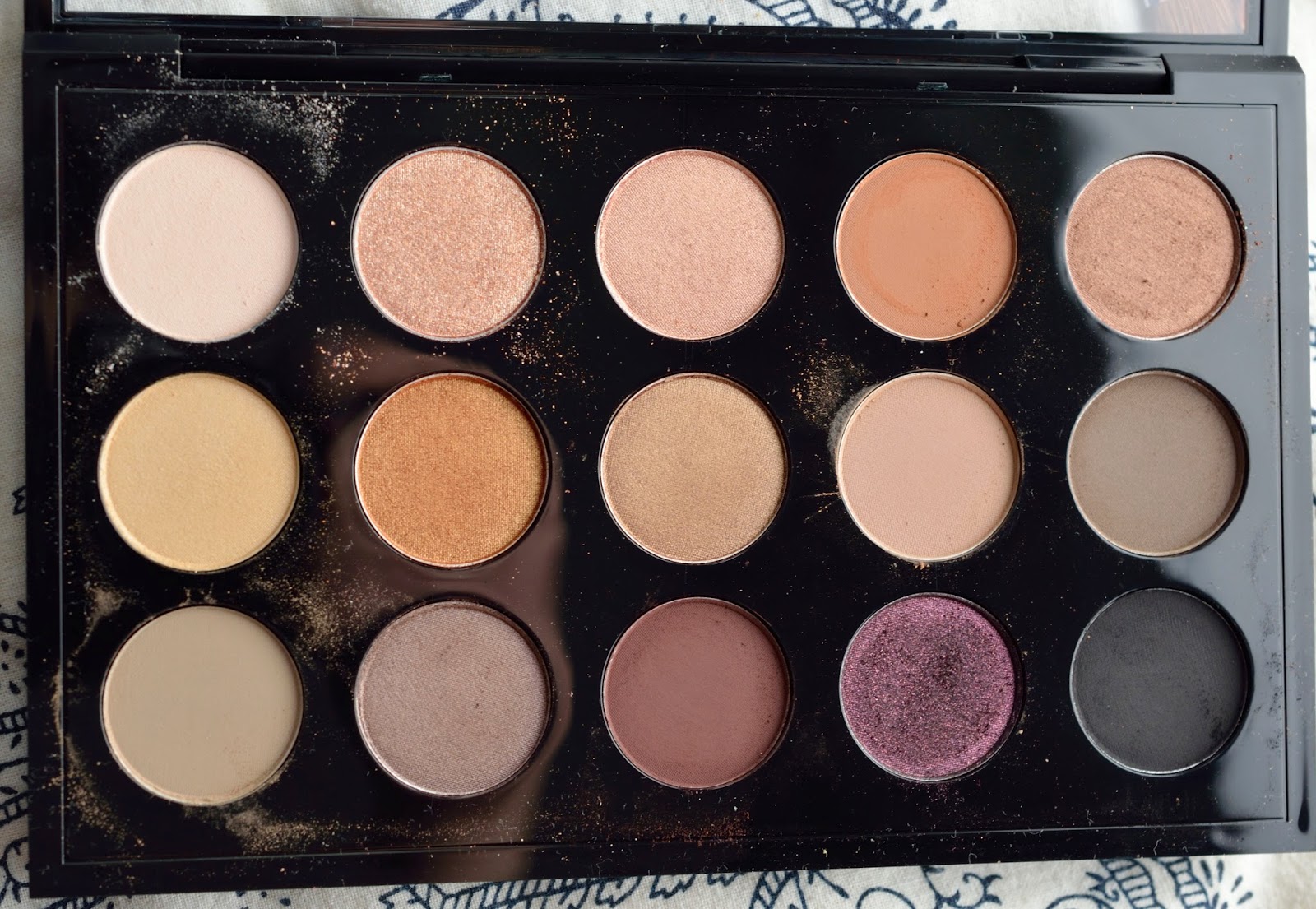 I'll update this post with shadows names once I have them identified properly. I have added shadow names now, but I'm not 100% on them. I may have Omega and Wedge mixed up! The list on Nordstrom's site doesn't seem to be in order with the palette's layout so for the shadows I'm less familiar with, I'm not sure. :)

Overall, I think these shadows will perform decently on the eyes - I don't think they're quite up to the standard of the really awesome formulas out there now but they aren't super stiff and dry in general. Some of the veluxe pearl feeling shades were very smooth and buttery, but others felt like the permanent shadows I have which are more dry but still usable (Cranberry, Swiss Chocolate, Patina). I just wanted to get these swatches out there for people that are looking!

Let me know if you plan on picking this up!