June 05, 2011
As promised, here's the scoop on the items I got used in my FOTD along with the other stuff I bought.
MAC first!  Bought a bottle of Fix+, cream color base in Pearl and the MAC Surf, Baby! collection Crushed Metallic Pigment in Surf the Ocean.
I had been waffling over the pigment stack since they are so much more of a hassle to work with, but I caved and bought them anyway because the sizes weren't huge, price wasn't bad and they were just so darned pretty. :) 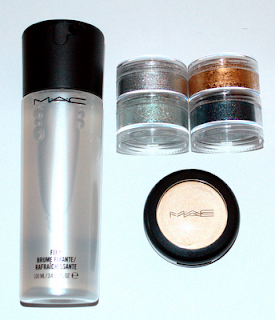 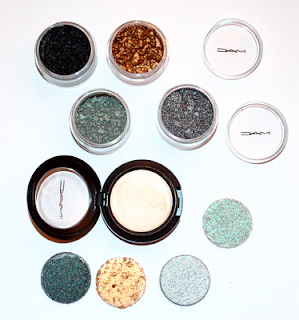 A sifter would be nice instead of the solid thin throwaway plastic tops, I can forsee these being very messy!  But a beautiful sparkly mess, at least.  Swatched them with flash and without, the sea foam pigment wasn't coming across well with the flash. 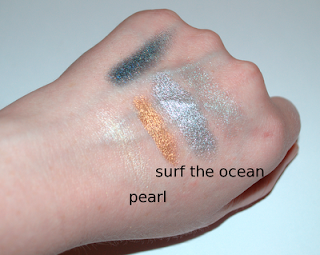 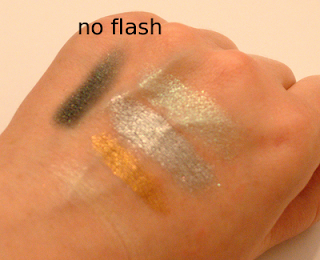 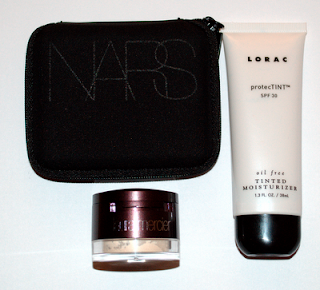 The NARS trio is a zippered nylonish padded pack, it's a little strange.  It seems travel-friendly though, especially with it having three items in one.  The mirror is also quite large which is nice!  Probably just me, but I do sort of wish the Albatross strip was larger and Laguna slightly smaller.  The NARS plastic film is also a nice touch.  Altogether very luxe feeling! 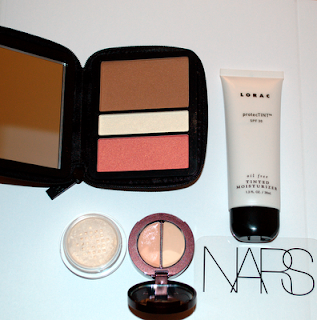 The LORAC protecTINT does have a flat bottom on the lid (squeezy tube is nice for dispensing product in the amount you want) so it can stand upright; the Laura Mercier package unscrews with the powder sitting underneath.

Swatches of the most fun stuff first, NARS of course. :)  At full intensity on fingers (why I didn't swatch with my ring finger, I have no idea). 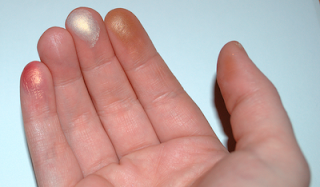 And more blended out on my hand. 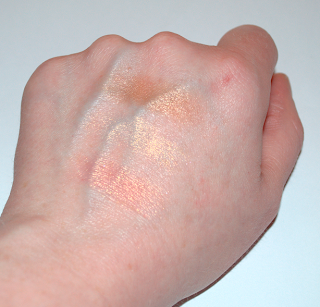 The LORAC tinted moisturizer is oddly thick when it first comes out of the tube and a little goes a long way. 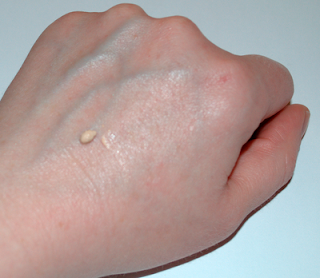 When first spreading it, I was surprised at how liquidy it felt and it spread quickly; you can see the shade here is quite light (just right for me!). 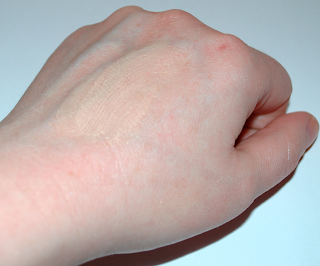 And blended it out, it mostly disappears. 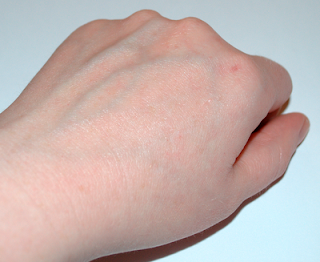 And finally, here's the Laura Mercier concealer.  The lighter color, Secret Camouflage is oil free and quite firm; Secret Concealer is very creamy and soft. 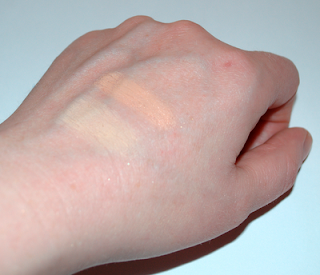 My miscellaneous odds and ends from ULTA, all hair related!  My hair is notoriously fuzzy after being washed, due to my oily scalp I have to wash it daily and it doesn't get the nice smooth shine until right before I need to wash it again.  I've added putting in a leave-in conditioner for the ends into my post-shower routine, but that's mostly to prevent the ends from drying out (especially since I'm trying to grow it out and would like to cut the least amount necessarily every 2 months for my trim).  I wanted to try out a non-high end argan oil type product to see if it would help the frizz.

I've been wanting a brush for work that I could keep in my bag and these little $1 pop-out brushes always catch my eye at the impulse bins before checking out, so I grabbed one.  Extra bonus, it has a mirror too!
I'm going to be traveling to my brother's wedding this coming July and will be in the wedding party, so I wanted to have my good hairspray to come with me!  I've been using the regular sized Elnett for a few months and I really do like it.  And now that my hair is getting long enough to put back, I wanted a pretty clip as an option instead of the ponytail I've been doing so much lately. 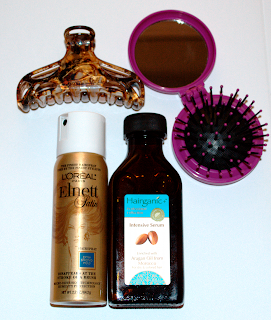 And here's the brush folded up. 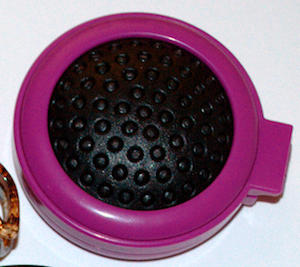 I believe this will be the last haul for a while, I think I have enough stuff to keep me entertained for quite some time. I hope.. :)
haul products swatches