September 27, 2011
Along with my efforts to be more scientific about my picture taking, I decided to try out the functionality of taking a measured white balance instead of relying on preset settings.  Indoor light, flash and my pale skin seem to be a bad combination for any preset.  Here's my first try along with showing my new inspiration for an autumn lip color that works with my skintone - NYX in Apollo.  Very pretty coppery red that will be quite dark on me, but more every day on darker skintones.
Keeping this original size so the thumbnail won't have the adjustment in color balance. 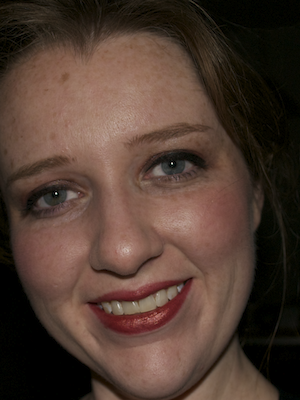 Then I opened the image in Gimp, selected the Camera white balance which looks washed out/overexposed, I think part of my problem is that I just plain didn't have enough light when taking the picture. 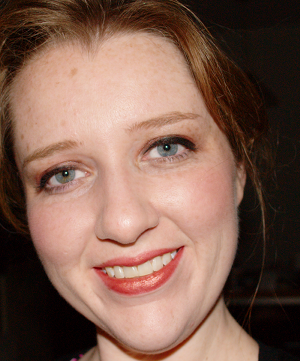 Picasa/blogspot thinks that I am too warm which may be true, but it goes a little sideways "fixing" it.
Here's what the same image when resized/rebalanced by the site looks like.  Bet you didn't know I was secretly a zombie, did ya! 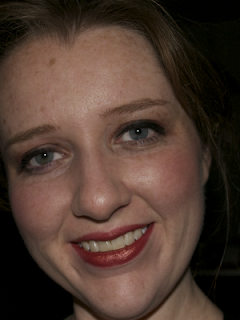 As for the rest of my face, I have literally four things on my cheeks (I was experimenting with what would look right with the coppery lip) - smudged out Yummy Plummy Maybelline lipstick, Milani Minerals blush in Luminous, e.l.f. Healthy Glow bronzer in Sun Kissed, Physicians Formula Bronze Booster in Fair/Light.  LORAC On Screen Duo as highlight and thick black cream liner, LORAC 3D Multiplex eye palette (the MAC Club type redbrown-teal duochrome) on lid and whatever other remnants of today's previous eyeshadow.  A LashExact waterproof mascara I dislike except when needing bulletproof waterproof (..hmm) mascara, Maybelline Define A Brow pencil for brows.  Lastly, MAC Mineralized Skin Finish Natural to smack down some of the shine.  Using the LORAC Evening Out kit for powder and concealer earlier today but I think that's long gone at this point.

Little sidenote, I tried using no primer with MUFE Aqua Cream and a shadow over, I was creasing after a couple hours.  It was an experiment because I needed to do makeup on the go before running into work.
colors fotd nyx photography swatches